Having initially trained as a biologist, Jochen Lempert (b. 1958) spent the 1980s studing on entomology at the Friedrich-Wilhelms University in Bonn. During this time he also collaborated with Jochen Müller and Jürgen Reble as part of the German collective Schmelzdahin (Melt Away) ma king experimental super-8 films on the effects of bacterial decomposition and the gelatine emulsion degradation on celluloïd film.

Since 1990, Jochen Lempert has favoured the medium of photography to continue an exploration of living organisms and how lifeforms coexist. This dual influence of science and art makes Jochen Lempert a unique phenomenon in the contemporary art world. His work was first shown in France at the Kerguéhennec Art Centre in 2009 and over the last ten years he has given numerous solo exhibitions around the world, most notably at Cincinnati Art Museum (2015), at the Sprengel Museum of Hanover, Germany (2017) and recently at the CA2M art centre in Madrid.

Jochen Lempert's photos are invariably printed in black and white on matt baryta paper, evoking a cross between rigorous scientific classification and a searching for the sublime. His eye never seeks out the extraordinary. lnstead, it focusses on the very opposite; ordinary scenes, fleeting moments and the poetry of everyday existence.

His subjects include geometrical patterns unwittingly produced by birds in flight, steam curling up from a cup of tea, aspects of urban nature, abstract forms produced by leaves. Jochen Lempert explores ideas of coevolution of humons and animais in urban environ ment or the changing perception of plant life.

All his photos are shown unframed, an effect that undermines any easy attempt to categorise them. Adding to this, Jochen Lempert then carefully creates formai or conceptual connections or dialogues between pictures, playing with scale and content in the exhibition setting.

Jochen Lempert's work lies on the fringes of science photography, displaying great formai purity as it imparts the fundamental fragility of life and the inter­ dependence of ail living things.

The artist's work is represented by ProjecteSD in Barcelona and BQ Gallery in Berlin.

Video of the artist's exhibition 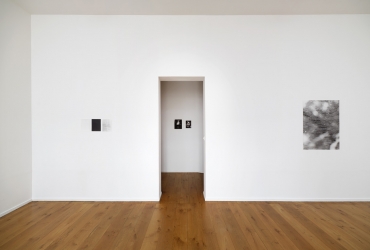 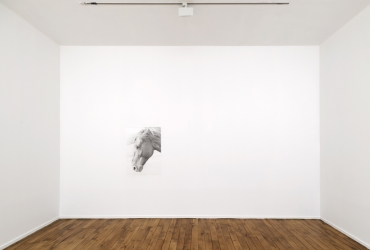 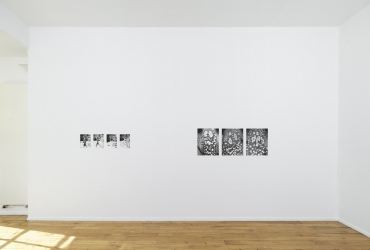 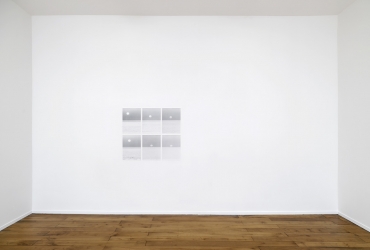 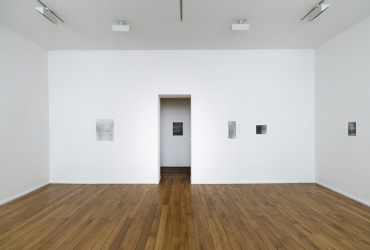 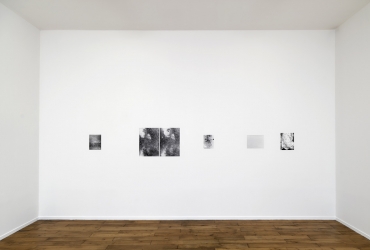 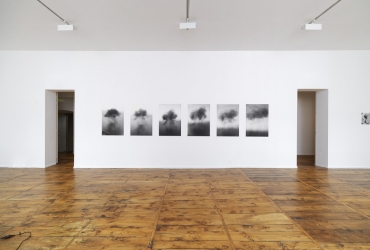 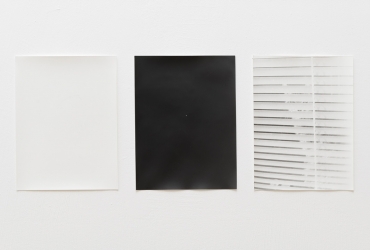 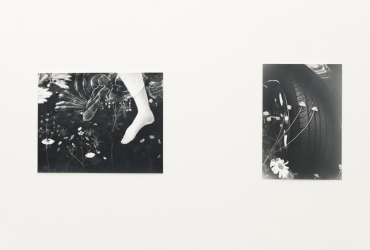 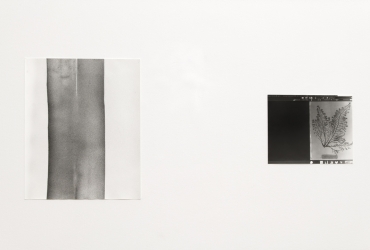