Over thirty years or so, the Musée d’art contemporain de la Haute-Vienne has established an outstanding contemporary art collection which today includes more than 1 300 works.

The origins of the collection

Since the opening of the museum in 1985, ensembles of work have evolved around the major historical movements which came into being at the end of the 1960s, particularly those exploring the relationship between nature and culture, such as Arte Povera (Alighiero e Boetti, Luciano Fabro, Jannis Kounellis, Michelangelo Pistoletto, Giuseppe Penone) and Land Art, which is represented in the collection by Richard Long and Hamish Fulton.
Similarly, representative ensembles of work were created around English sculpture (Tony Cragg, Richard Deacon, Richard Long, Gary Webb etc.), as well as continuities and discontinuities in painting (Bernard Frize, Sigmar Polke, Gerhard Richter etc.). Major figures in 20th and 21st century art (such as Christian Boltanski, Annette Messager, and Bruce Nauman in particular…) also form the basis of a collection that continues to focus today on the most current creations.

From the 1990s, the subject of images, whether they come from the various media, the history of art or advertising, became central to the choice of acquisitions.

The history of the collections and the fact that the museum is situated in a château have also had an influence on the acquisition policy. The purchase of the Raoul Hausmann Resource Library has led to the arrival of a body of works that uses sound as a material (Ugo Rondinone, Laurent Montaron, Katie Paterson…). Alongside this, a collection has been developed that reminds us of the former domestic use of the château and plays with the notion of habitat (Luciano Fabro, Wolfgang Laib, Tobias Rehberger, Thomas Schütte…).

A Decorative Arts section has also been created with the acquisition in the early 2000s of objects made by contemporary designers (Pierre Charpin, Garouste & Bonetti, Hella Jongerius, Alessandro Mendini, and Ettore Sottsass). 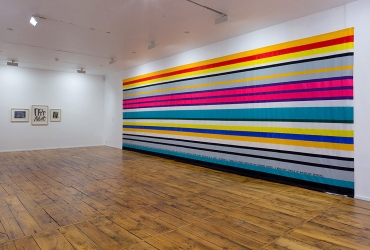 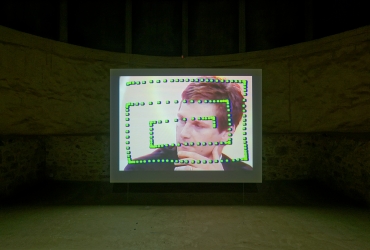 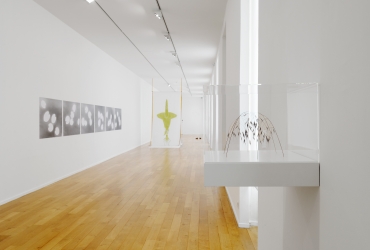 As soon as it was established inside the château, the museum was given the opportunity to develop a public commissioning programme. In 1985, for example, Giuseppe Penone designed a sculpture for the château courtyard, using architectural features such as the twisted columns around the Renaissance gallery as inspiration. The artist also made use of the interaction between bronze, a traditional sculptural material, and the living matter of a tree, around which the bronze sculpture is created and which, over time, grows and evolves with it.

In 1990, Richard Long used collected limestone to create an in situ work, Rochechouart Line, in one of the rooms containing 16th century frescoes telling the story of the labours of Hercules. This programme continues today with the installation of new in situ works on the terrace of the château, which opened to the public in 2017, with Le tombeau du miroir by Michelangelo Pistolleto and the mural work Nous sommes des extraterrestres by artist Dora Garcia.

These permanent works introduce a dialogue between creation and heritage. This dialogue is also the starting point for a wide range of productions designed for temporary exhibitions at the museum, several of which have been added to the collection. These include Le Grenier du Château by Annette Messager and Christian Boltanski (1990), Tu by Thierry Kuntzel (1994) and, more recently, Los Fantasmas by Eduardo T. Basualdo (2013). 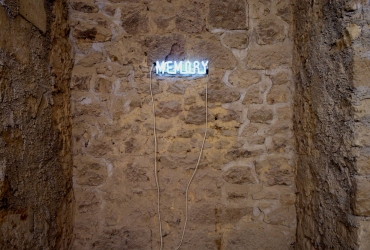 The entirety of the collection at the Musée d’art contemporain de la Haute-Vienne can be consulted online. This database is regularly updated. A digitalisation programme is in progress in order to provide more comprehensive iconographic coverage.
Requests relating to documentary information and corrections and any requests for consultation and photographic reproduction of the works should be made by email.